Health is a lifestyle—and as such, it’s not about one choice, but an ongoing combination of choices. Still, if I was held at gunpoint and forced to pinpoint just one nutritional decision that’s made the largest impact on my health (a scenario that I fortunately don’t see happening anytime soon), I wouldn’t even have to think about it. Cutting out sugar is the best gift I’ve ever given my body. It’s been a little less than a year and I'm not planning to go back anytime soon! Here are seven things you can do for yourself by making the switch. 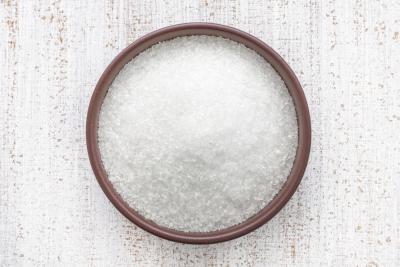 Take Control of Your Energy

Most people know about sugar’s reputation for spiking and crashing your energy levels. Since it digests so quickly, it hits your bloodstream right away, giving you instant energy for a little while and then causing a rapid drop. Opt for foods with complex carbohydrates (this includes fruit) for slow-digesting, steady energy.

Dentists aren’t just being buzzkills: by feeding on sugar, oral bacteria turn into plaque that eats away at your enamel and causes tooth decay. You only get one set of teeth, so it’s worth taking care of them! (Plus, getting cavities filled isn’t exactly at the top of most people’s wish lists.)

Stop Feeling Hungry All the Time

Sugar doesn’t promote satiety—in fact, it often does the opposite, causing you to feel even hungrier than you were before. This is because sugar has no actual nutritional value (it’s made of “empty calories”), so your body wants you to keep eating until you give it the nutrients it needs, ultimately resulting in excess calorie consumption and weight gain.

Insulin is the hormone responsible for signaling the body to store fat—and eating sugar spikes insulin levels. So not only does sugar make you consume more calories; it makes you store more of them on your waistline. Somewhat ironically, fat (the nutrient) is not so easily stored as fat, and since low-fat products are often higher in sugar, they’re actually much worse for you in the long run. Fat doesn’t make you fat—sugar does.

Although this isn’t really a short-term benefit that you’ll notice right away, it’s one of the most important on the list. Heart disease is one of the Western world’s major killers, and the ubiquity of sugar definitely plays a role. Sugar consumption raises triglyceride levels and bad cholesterol—two of the main factors in cardiovascular disease.

Sugar causes inflammation in the digestive system (especially the stomach). This can result in an overly acidic internal environment, which in turn manifests itself in the form of gastric discomfort and often breakouts/rashes. Ditching it helps maintain a more healthy, balanced system.

Don’t you love when something has physical and mental benefits? I know I’m a fan. Research indicates that when you quit sugar, you think more clearly, cope better with stress, and boost attention and memory.

There’s little scientific doubt that sugar is addictive—some studies say even more so than cocaine—so I’ll be honest, breaking the habit isn’t easy. Even though I wasn’t eating that much sugar before I made the change, once I went cold turkey I went through what I can only describe as withdrawal: random intense cravings for something sweet. Luckily, that only lasted a week or two, and I got through it by simply refusing to buy anything with sugar in it (if it’s not in the house, you can’t eat it, right?). So if you can stay strong and make it through the initial struggle, I promise you won’t regret it either.

It seems like everyone faces fatigue at one point or another. And it's no joke!...

There is some very interesting research going on around why colds and flu infections spike...

When most people hear the word “salt,” they think of sodium chloride. This is what...

I used to sleep long and heavy, no problem. I was a little nocturnal, but...

It’s very easy to get caught up in the grind of daily life. The continuous...

Plant based food, beauty, and lifestyle.